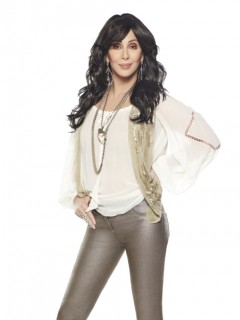 Last week Icelandic Glacial sent 181,440 bottles of water to the Food Bank of Eastern Michigan in support of a nationwide effort to support the city of Flint during its ongoing contaminated water crisis. This particular donation came out of an unlikely partnership between the premium bottled water brand and famed singer, actress and activist Cher.

The city has suffered from lead-contaminated water since April, 2014, when the city switched its water supply from Lake Huron to the Flint River, and Cher has been an outspoken critic of Michigan’s efforts to help Flint and its residents. During a recent appearance on “The View” she called governor Rick Snyder “either a liar or an idiot.”

Taking matters into her own hands, she connected with the brand via her friend and Icelandic Glacial investor Brad Horowitz. After learning about Cher’s interest in purchasing water to send to Flint, company co-founder Jon Olafsson agreed to match her contribution to the cause. In a press release issued last week, Cher called the situation in Flint “a tragedy of staggering proportions.”

“I am so grateful that Icelandic Glacial has come on-board to help the city of Flint,” she added. “I cannot wait for the water to get there to help these people who have been struggling because the water they’ve been getting out of their taps has been polluted for months and remains that way without the state or the federal government stepping in with any substantial plan to resolve this problem.”

Icelandic Glacial co-founder Kristjan Olafsson personally assisted with the drop-off, according to company CEO Reza Mirza who discussed the partnership with Cher in a call with BevNET.

“Access to clean drinking water is a fundamental right,” Mirza said. “So this wasn’t about having Cher as a brand ambassador or increasing brand awareness. It was just about doing the right thing in any little way that we could. That’s what we try to do as a company.”

Icelandic Glacial and The Rolling Stones Team Up Again to Reduce Carbon Footprint of Upcoming “No Filter” U.S. Tour

Subscribe to our newsletter for, exclusives, new releases and more...